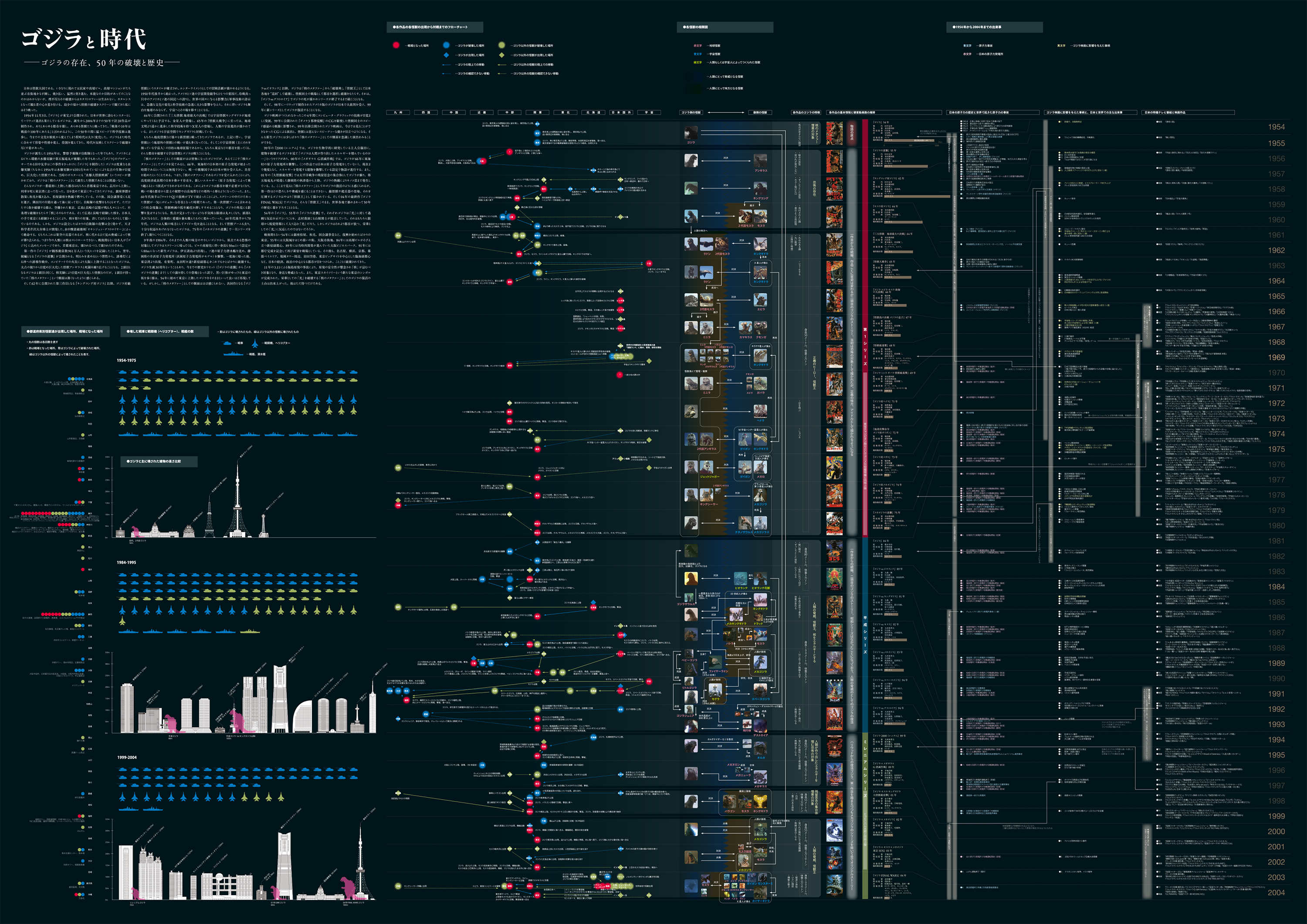 In March 1954, Dai Go Fukuryu Maru, a Japanese tuna fishing boat was contaminated by nuclear fallout from the United States thermonuclear weapon test at Bikini Atoll. Based on the incident, the movie “Godzilla” was made and screened on November in the same year. Since then, 28 Godzilla movie series have been made till 2004, symbolizing nuclear power on screen. The diagram tells relationships between monsters appeared in movies, charts of their movements between cities, comparisons between Godzilla and buildings turned down, the number of tanks destroyed by Godzilla, and a history of Japanese nuclear power plants or transition on movies with special effect techniques.